The Cadbury Chocolate Family were Quaker Leaders Who Transformed the World 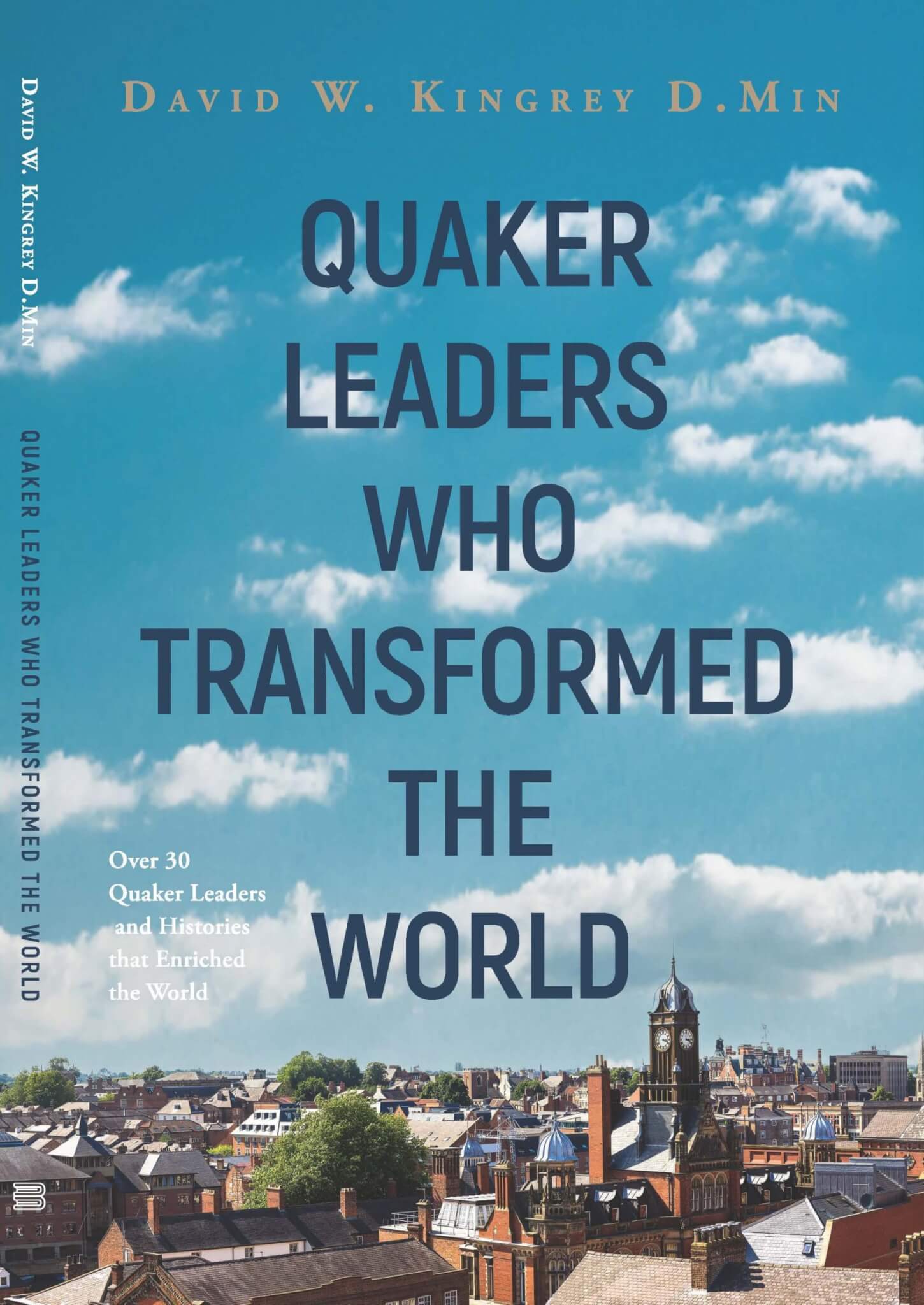 John Cadbury received his education at Joseph Crosfields Quaker School in Hartshill, England. He was apprenticed in the retail tea trade to John Cudworth, a Quaker. His father gave him funds to work as a tea dealer in Birmingham, England. He set up a shop serving tea, coffee, and chocolate. Eventually, as John’s interests in cocoa grew, he opened a factory which produced a variety of chocolate drinks. His brother, Benjamin, joined him in the business, and they named the firm Cadbury Brothers.

John Cadbury became involved in the temperance movement and was an advocate of total abstinence. John wrote in his journal that he traveled through the streets of Birming- ham and found five hundred ninety-three licensed liquor sellers and nine hundred seventy-five beer houses in the city. His development of chocolate as a drink was his idea of an alternative to alcoholic beverages. 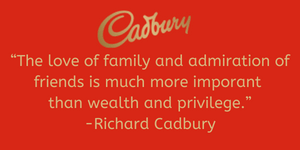 John was appointed to the Birmingham Board of Street Commissioners and was made overseer and guardian of the poor. He was appalled when he saw young boys working as chimney sweeps. He became a leader in the movement to create machines to clean chimneys. He was troubled by the fact that some of the boys developed twisted backs and damaged joints.

John’s concern for the welfare of young people ran parallel to his distress over the ill treatment of animals. As a result, he founded the Animal Friend Society, which was the forerunner of the Royal Society for the Prevention of Cruelty to Animals. John was also appointed to the Steam Engine Committee, which was created to reduce smog in Birmingham. Additionally, he envisioned a model village, which his sons, Richard and George, developed after John’s death.

Richard and George, both apprentices in Joseph Rowntree’s grocery shop, followed their father’s concern for the poor, the less privileged, and troubled people in society and continued reform measures. George developed relationships with employees in the chocolate factory and discussed with them their life problems. He helped them with their education, read aloud to them, shared stories from the Bible, and prayed with them. He worshipped with them each day before work. Richard and George developed “sick clubs” to help with expenses of employees who needed to take a leave of absence for illness. The brothers were among the first to establish half workdays on Saturdays and bank holidays. They took employees on leisure outings and played cricket with them. They created an ideal world for their employees. 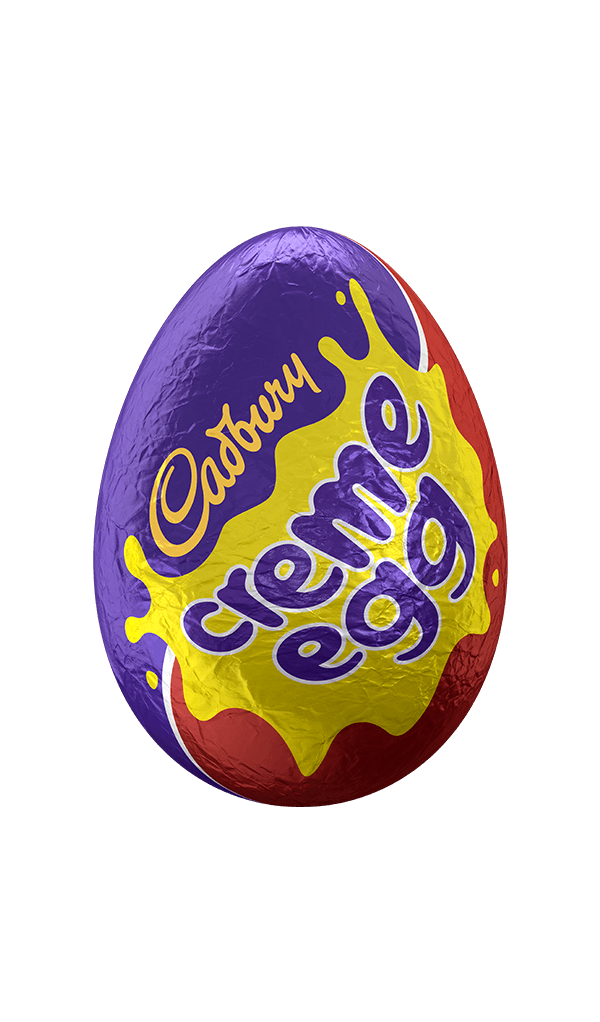 As the chocolate business grew, the factory was moved to the outskirts of Birmingham in a more rural area, where playing fields and flower gardens surrounded the new work rooms of the factory. Later, houses were built to provide homes for some of the workers, as part of the experiment called Bournville. George and Richard were fulfilling their father’s vision for a model village. Bournville became a model for successive generations.

The Cadbury business grew into a great and prosper- ous enterprise. The health and welfare of the employees re- mained a high priority for George and Richard, who orga- nized a pension fund and undertook voluntary services. The voluntary services ideal of Bournville was the prototype of voluntary services on a national scale. The Cadbury brothers were also leaders in the emerging Adult School Movement, in which men and women were taught to read, write, and study the Bible. In the Adult Schools students also learned ways to share their faith.

The Cadbury industry flourished. George moved to a larger home as his family grew. He donated his Bournville house to the Society of Friends, and it became known as Woodbrooke, a Quaker study center. Although the Cadbury business grew to great strength financially, and Richard and George became wealthy, they maintained their Quaker values rooted in concern for the less educated and underpriviLeged. They lived relatively simple lives. 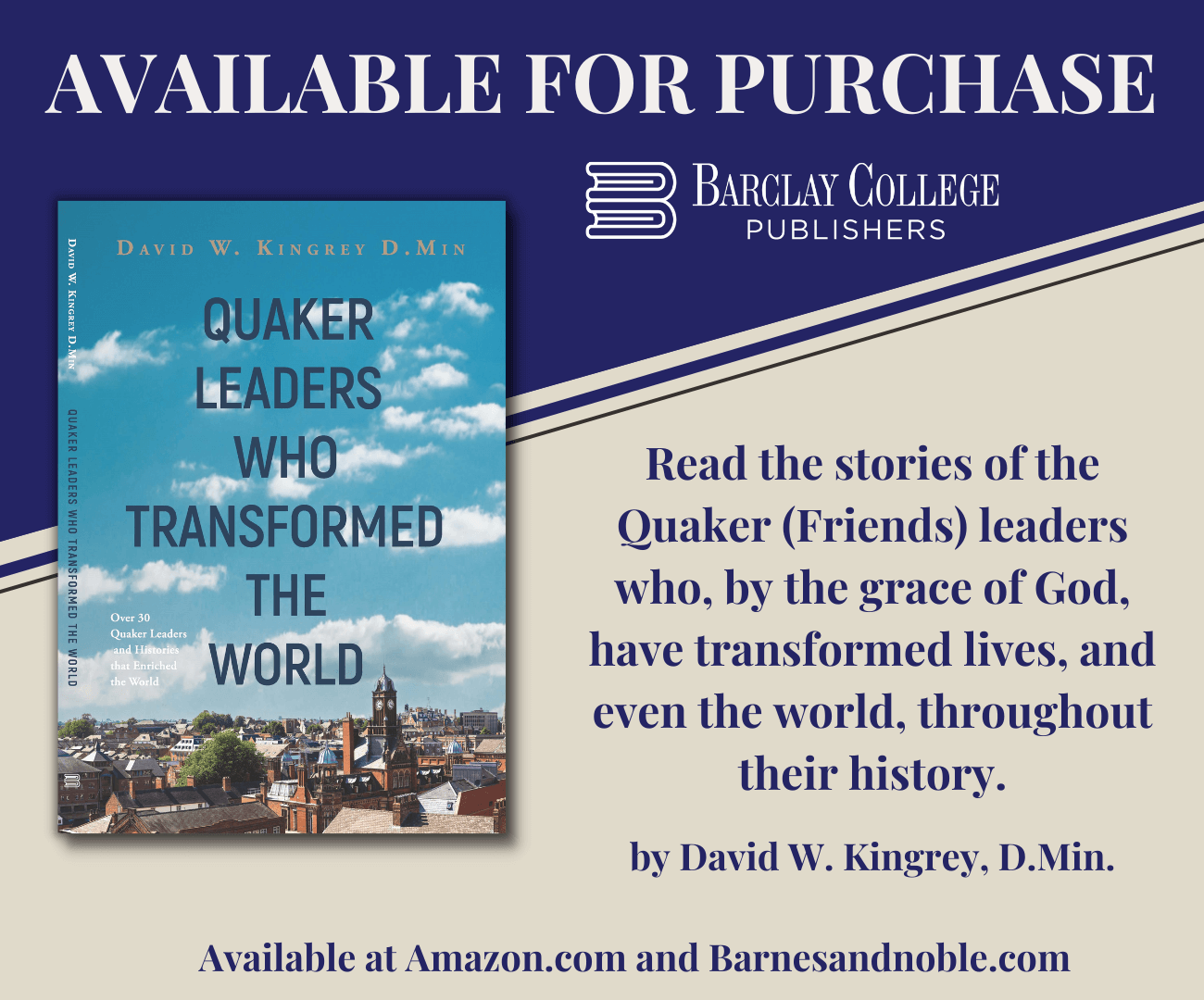 About the Author
David Kingrey, D.Min.

David Kingrey has been a Friend his entire life. He received the degrees of Bachelor of Arts in Religion, Master of Ministry, and Doctor of Ministry. A Recorded Minister in the Friends Church, David has served in leadership in Friends Churches for more than fifty years. At Barclay College, David has chaired the Bible/Theology Department. He has also served as Director and Professor of the Quaker Studies and Spiritual Formation concentrations in the School of Graduate Studies. David is currently Chair of the Biblical Studies Online Program. He has ministered and built friendships with the larger family of Friends in six continents and has co-authored three books: Now Is Tomorrow; Team Ministry, and The Heart of Friends; Quaker History and Beliefs. His favorite pastime is relaxing with his family. David is married to Carol, and they have two sons, David and Scott.

See more about BC Publishers.

It feels like it was yesterday and a lifetime ago all at once. In May of 2012, I walked across the stage in the Hockett gymnasium, like many other Barclay College students, to receive my Bachelor’s of Science in Youth Ministry with honors. If you would have stopped me...

"The Sound Case" training to help parents and teachers of dyslexic children or children with reading difficulties will be offered at Barclay College January 17 and 18, 2023, from 9 a.m. to 4 p.m. The training will be given by Tammy Kofford from the Philips Fundamental...

Haviland, KS -- October 27, 2022 – Kansas Independent College Association (KICA) released the results of a study that estimates the impact of Barclay College on the statewide economy to be $15.4 million and 102 jobs. Mark Miller, Vice President of Institutional...