“So, what does all of this have to do with the price of bread?”

It has been over 40 years now since I first heard those unexpected yet refreshing words of wisdom from my college philosophy professor, Dr. Robert Hess.  It was the first week of my freshman year and I was the proverbial deer in headlights, dazed and dumbfounded by a seemingly endless barrage of syllabi, textbooks and grading rubrics.  I soon discovered that this was the professor’s way of forcing us to think about the practical implications of the ideas we loved to wax so eloquently on in his classes.  What I could not have known at the time is that it was this very question that would serve as the genesis of a lifelong relationship with a man that would not only end up being my favorite professor, but a beloved friend, mentor and ministry partner as well.

Bob Hess was a brilliant man and bona fide scholar, having completed his Ph.D. in Asian history.  He was also a fully devoted disciple of Jesus Christ and a passionate minister of the gospel, serving for many years as a missionary to India and pastor for a number of local congregations. From my first semester as a wide-eyed freshman sitting in “Critical and Creative Thinking” to my final semester as an idealistic, newly married youth director at the local church where Bob served as pastor, I had the privilege of being slowly but surely shaped and sharpened by the spiritual leadership of one of our Lord’s finest shepherds.

Not long after my graduation from college, I was introduced to a model of spiritual formation called “The Four Stages of Personal Discipleship.”  These four stages of discipleship are based directly on the life and ministry of Jesus and his relationship with the twelve apostles: I do it, you watch; I do it, you help; you do it, I help; you do it, I watch.  Although Bob never referred to this model overtly, it is precisely the means that he implemented in his mentoring relationship with me during our time together in college, whether he was aware of it or not.

As a freshman, Bob did the ministry and I watched.  I observed with great interest and curiosity as he taught, prayed, listened, advised, consulted, evaluated and served.  I found his approach to Christian life and ministry unusually attractive and inviting.  Bob had both a brilliant mind and a tender heart.  I was encouraged by the personal interest he seemed to take in me and challenged by the questions that he provoked from inside of me.  He forced me to think seriously about my faith, but he did so with a winsomeness and light-heartedness that was contagious.  He quickly became my favorite teacher, which motivated me to develop a new love for learning.

As a sophomore, Bob did the ministry and I helped.  As our relationship continued to develop, he began to call on me more frequently in class and invite me to take the lead in presenting particular topics or issues.  He also encouraged me to participate in ministry opportunities outside of the classroom, whether it be in the dorm, in chapel or in campus-wide discussion forums.  He would ask about my progress and assure me that he was praying for me.  I was struggling at this point to decide on a major, but due in great part to Bob’s influence, I settled on sociology, with a double major in Christian ministries.

As a junior, I did the ministry and Bob helped.  When I returned for my third year of college, two major changes had taken place in my life over the previous summer.  First, I received and responded to a clear call to full-time pastoral ministry, and second, I fell in love with the woman who would soon become my wife.  Carol and I were engaged over Christmas break, and when we arrived back on campus for spring semester Bob called us into his office to ask if we would be interested in serving as part-time youth directors at the church where he was serving as pastor.  We agreed, and in this way Bob became instrumental in confirming our call to both marriage and ministry.  I met with Bob on a weekly basis that spring to talk, pray and plan for the ministry at the church.  The youth ministry was “my baby,” but he was always there to help in any way possible.

As a senior, I did the ministry and Bob watched.  During the summer following my junior year, I got married and moved off campus.  Bob later resigned from the college and the church to become a regional superintendent.  While we were no longer able to continue our contacts with the same frequency, Bob expressed complete confidence in my potential as a student and as a minister of the gospel, and he was there to support me whenever possible.  He and his wife attended our wedding and my college commencement, and I continued to turn to him from time to time for wisdom and counsel as we sought to discern God’s leading in our lives.  We kept in touch over the years until his health began to decline rapidly due to the crippling and then terminal impact of Alzheimer’s disease.

Although we never actually talked about it, and I certainly would not have recognized it at the time, Bob was instrumental in my discipleship and development as a spiritual leader based on his faithful adherence to the biblical and incarnational model of pastoral leadership established by Jesus himself.  Like Paul, Bob was used by God to shape my calling, character and competence as a pastor because his life and ministry continually exclaimed, “Follow my example, as I follow the example of Christ!” (1 Corinthians 1:11).

Having discovered Bob’s “secret of his success” not long after my graduation from college, I determined that it would be my mission in life to reproduce this Christ-like pattern in the lives of those that God chose to entrust to my care as a pastor/shepherd.  I have done my best to remain faithful to this commitment, and it has been an unspeakable blessing to participate in the process of raising up a multitude of additional workers for the Lord’s harvest field over the past four decades.  Never have I experienced more joy and satisfaction, however, than during my 20 years as a teaching pastor at Barclay College.  While I have worn a number of different hats over the years, my core calling has always remained the same: “to equip God’s people for the work of ministry” (Ephesians 4:12), doing my best to encourage and empower my fellow servants to faithfully fulfill their calling as “shepherds of God’s flock” (cf. Acts 20:28; 1 Peter 5:2).

And more times than I can count, my fellow companions will often hear me repeat a familiar refrain at the end of a stimulating theological discussion:

“So, I wonder what all of this has to do with the price of bread?”

David Williams serves as director of the MA in Pastoral Ministries at Barclay College. He also serves as lead superintendent for Evangelical Friends Church-Mid America Yearly Meeting and interim director for Evangelical Friends Church International. Having served as a youth pastor, family pastor, lead pastor, and campus pastor, Dave brings nearly 40 years of field experience to his current role as a “pastor to pastors.” A graduate of Malone University and Ashland Theological Seminary, Dave completed his doctorate in leadership and spiritual formation at George Fox University. His doctoral dissertation, “Sustaining Spiritual Leadership for the Long Haul” provided the inspiration for his first book, Rhythms of Grace: Life-Saving Disciplines for Spiritual Leaders. Dave and his wife, Carol, have been blessed with six beautiful children and eleven wonderful grandchildren.

Learn more about our masters in Pastoral Ministries. 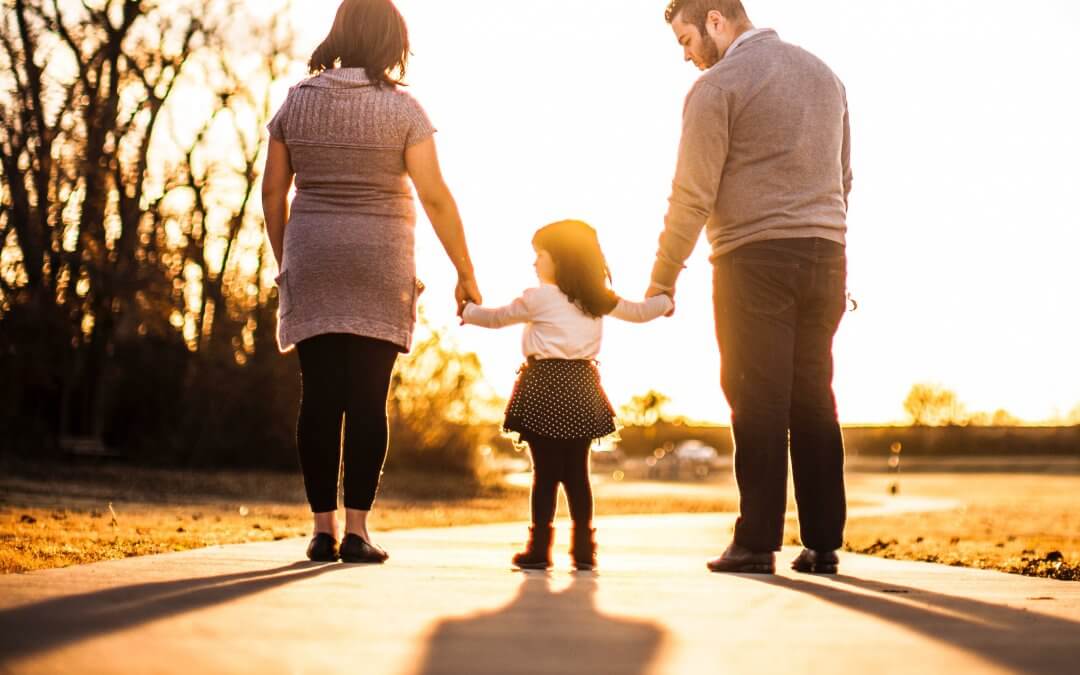 What is Family Ministry?

What is family ministry? Dr. David Marine Mabry explores this topic in the article below. Sarah loves her family. They are not perfect, but to Sarah, they are a gift from God. So, when her life was transformed when she began following Jesus as a teenager, she had a... 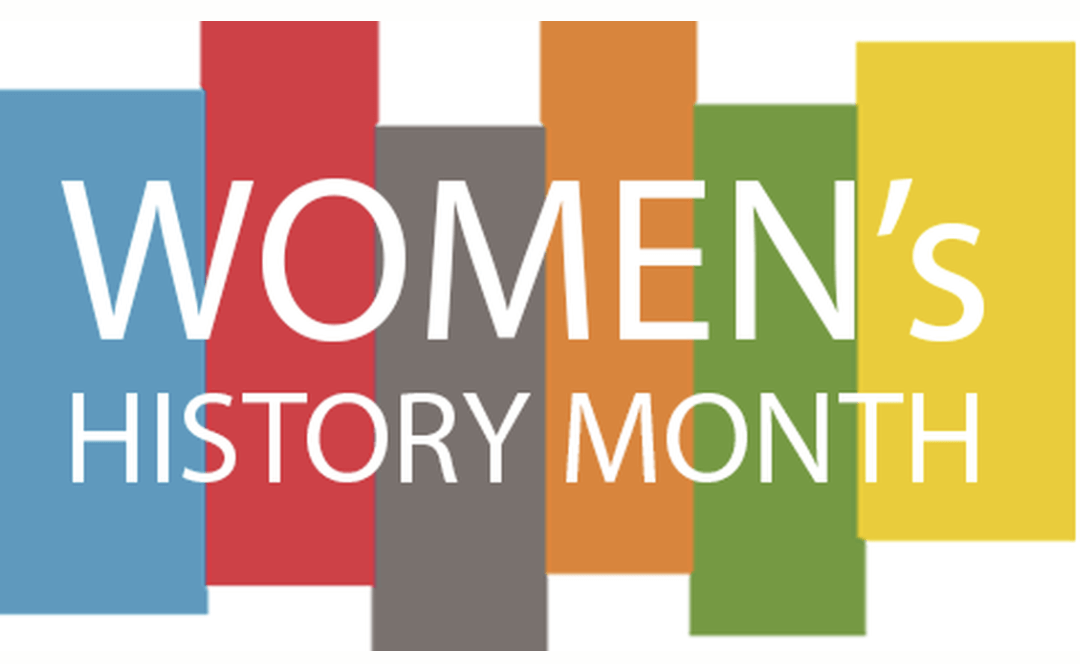 by Elaina Halverstadt March is Women’s History Month, and how do we begin to celebrate the unique contribution of women to God’s creation and to humanity? To start, we can take it as a reminder to examine the lives, the spirits, and the examples of those women who... 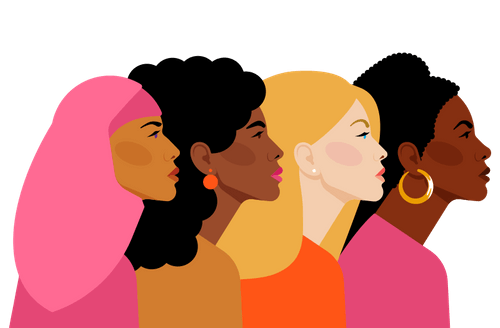 by Brockie Follette In 1658, at the age of 35, Mary Fisher felt prompted to travel in a group of six Quakers to the Mediterranean and visit the Ottoman Empire to expound her faith to the Sultan. When their ship reached Smyrna, she asked the English Consul how to...