Quakers are known for their stand against slavery, and Black Quakers played an important part.

Many may not know it was common for Quakers to own slaves prior to the American Revolution. However, in the early to mid-1700s, the situation became untenable to a number of Friends. They spoke out and sparked an abolitionist movement among Friends. In fact, four Pennsylvania Friends from Germantown wrote the earliest protest against slavery in 1688.[1] By the beginning of the American Revolution, few Friends owned slaves.

At the end of the American Revolution, one Meeting presented a petition to the Continental Congress to abolish slavery. However, it failed. Later, The Society of Friends petitioned the United States Congress  to abolish slavery. They were the first organization to take a collective stand against slavery and the slave trade.”[2]

Of special interest is the role Black Quakers played in the abolitionist movement.

Black Quaker Paul Cuffe  was a free slave who taught himself mathematics and seafaring skills and amassed considerable wealth. He was active in the abolitionist movement and encouraged education as a way to help slaves gain their freedom. Cuffe also became involved in a movement which supported moving free slaves to Africa.

In mid-September 1810, Cuffe shared with his Quaker meeting that he was being led to  establish a trading community in Sierra Leone. It would trade goods instead of humans. He embarked on efforts to establish settlements on Africa’s west coast and to develop trade routes to the area. In 1811 he founded the Friendly Society of Sierra Leone. In December 1815, Cuffe and 38 black settlers sailed for Sierra Leone and landed in February 1816. Later that year, he returned to the United States and sought backing for another voyage. However, his health soon began to decline, and he died the following year.

Cyrus Bustill was a freed enslaved African. For many years, he successfully operated a baking business. He later moved to Philadelphia, where he became a leader of that city’s black community. With his influence, he became one of the founders of Philadelphia’s Free African Society. This group promoted education for the children of their families, care for the poor, and protection from capture of runaway slaves. Later, he opened a school for African American children in 1803. 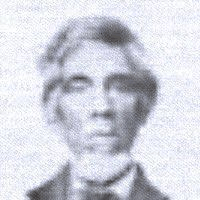 He was the founder of the famous Bustill Family who recorded several generations of black Quaker leaders. In fact, two of them were conductors on the underground railroad. All of them were abolitionists.  As a teenager, David Bustill was like Harriet Tubman, a conductor on the underground railroad. He claimed to help over a thousand enslaved people escape to freedom. Gertrude Bustill Mossell was one of the first black women journalists and journal editors in America.

Barclay College takes seriously the biblical understanding that each human being is of unique worth. At Barclay, professors believe that each individual brings a unique contribution to the community; and as a result, they will help you find your calling and your gifts.

It feels like it was yesterday and a lifetime ago all at once. In May of 2012, I walked across the stage in the Hockett gymnasium, like many other Barclay College students, to receive my Bachelor’s of Science in Youth Ministry with honors. If you would have stopped me...

"The Sound Case" training to help parents and teachers of dyslexic children or children with reading difficulties will be offered at Barclay College January 17 and 18, 2023, from 9 a.m. to 4 p.m. The training will be given by Tammy Kofford from the Philips Fundamental...

Haviland, KS -- October 27, 2022 – Kansas Independent College Association (KICA) released the results of a study that estimates the impact of Barclay College on the statewide economy to be $15.4 million and 102 jobs. Mark Miller, Vice President of Institutional...